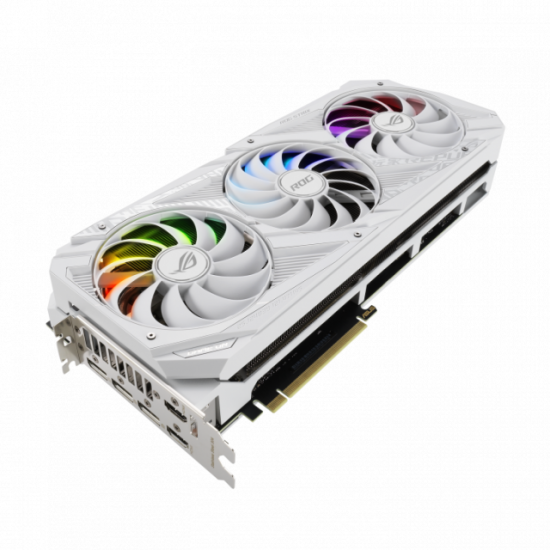 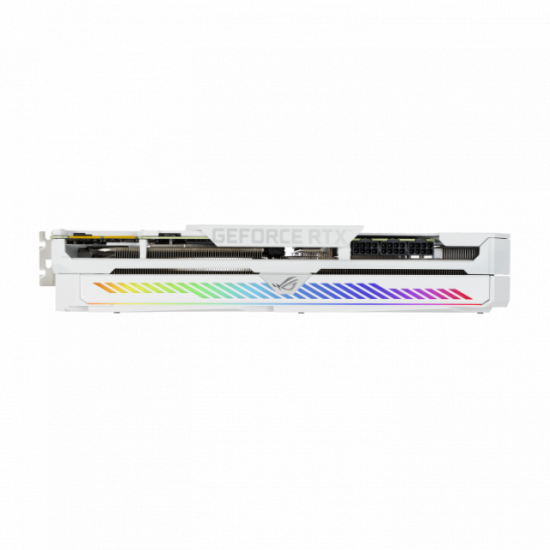 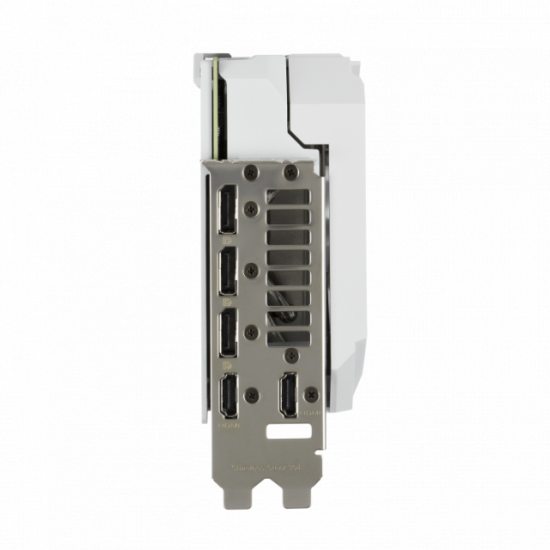 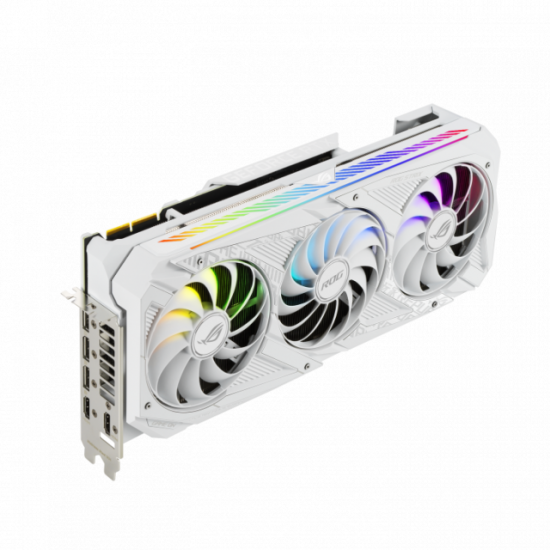 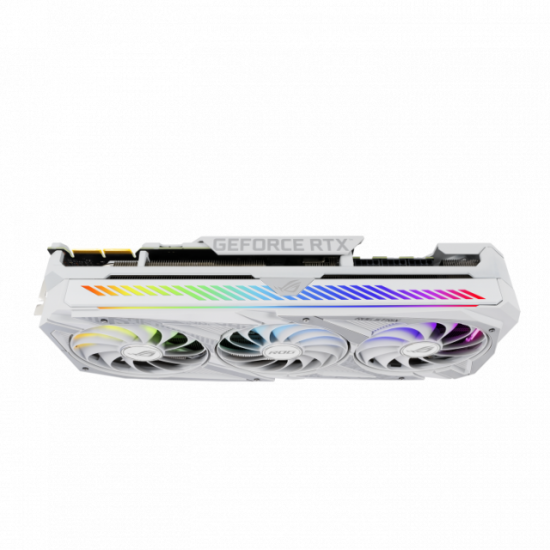 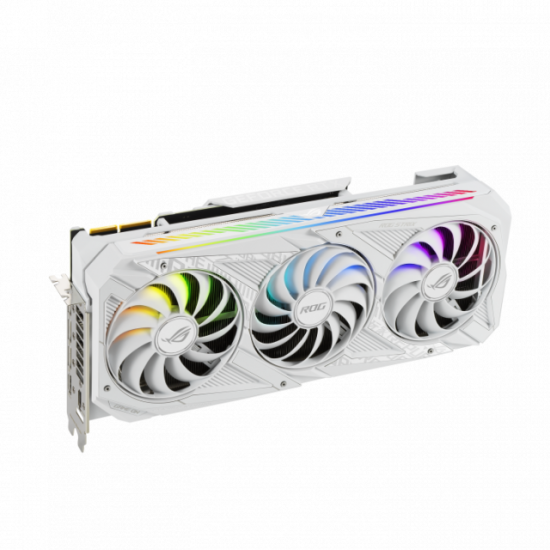 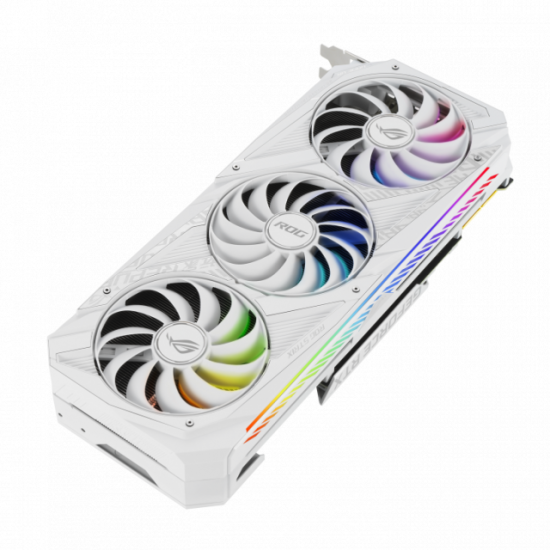 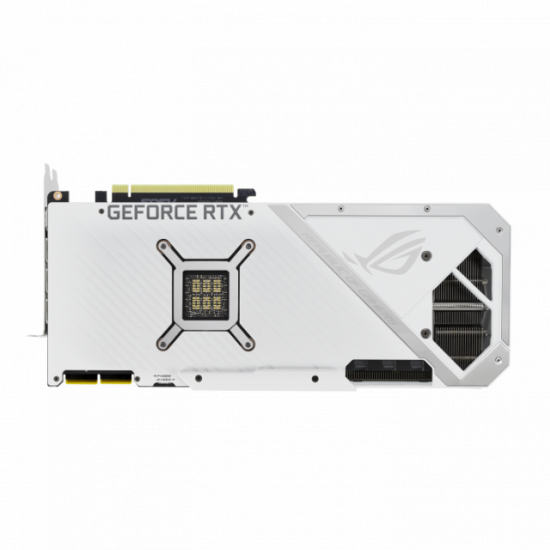 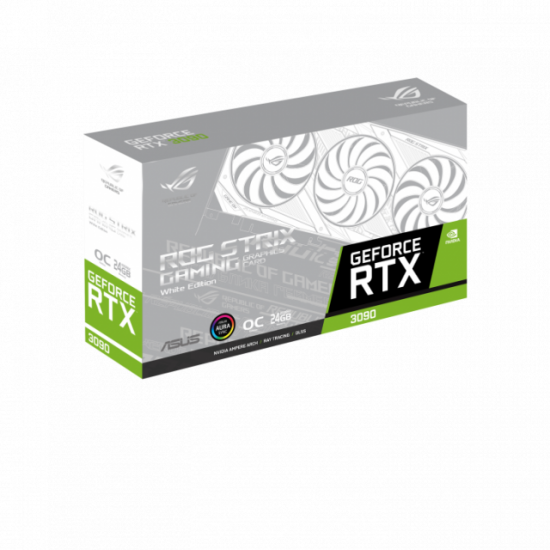 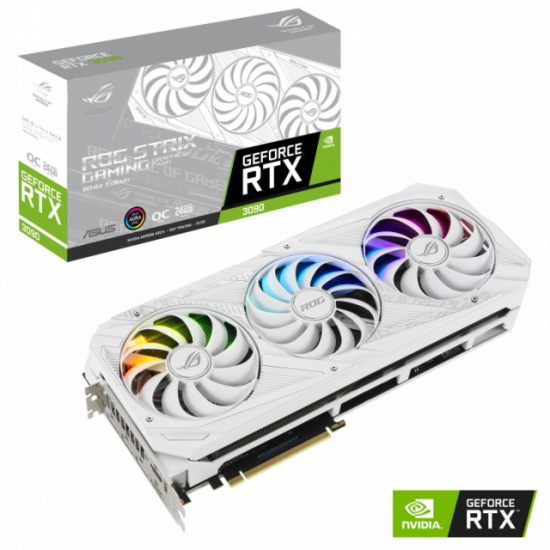 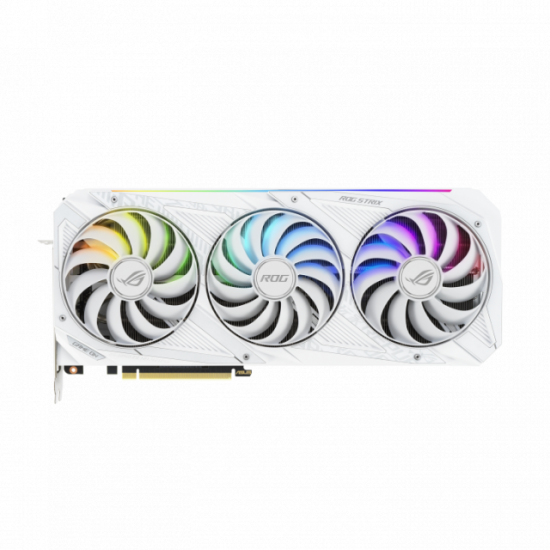 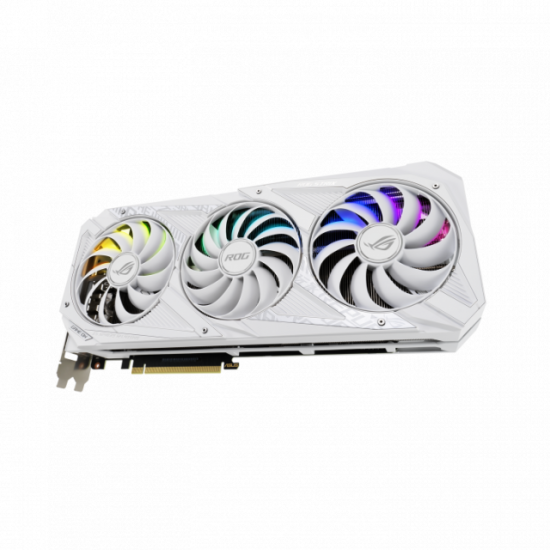 From top to bottom, the ROG Strix GeForce RTX™ 3090 has been radically improved to accommodate the impressive new Ampere chips from NVIDIA and to deliver the next wave of gaming performance innovation to the market. A fresh design and more metal surrounds a grouping of Axial-tech fans. Last gen's uniform fan layout has been usurped by a new rotation scheme and specialized roles for central and auxiliary fans. Below the blades, a larger, more impressive heatsink is ready for the most demanding thermal loads. The PCB has some new tricks up its sleeves, and even the backplate has received some performance-boosting changes. You've been waiting for the latest and greatest in GPU design - and this is it.